The event known as Great Northern War (GNW) began in Lochac in AS34 (1999), and is held in the Northern Reaches (a reference to the combined groups of the Brisbane region). The Baronies of River Haven and Saint-Florian-de-la-riviere alternate stewardship of the event each year.

The event is held annually, and is currently run over the June long weekend (Queen’s Birthday Holiday).

Over the years this event has evolved into one of the premier events in the Kingdom, attracting 150+ attendees from many Baronies across Lochac.

The ring of fire, which surrounds the heavy combat list field at the centre of the venue, is one of the highlights of the event. The Flame Tourney is usually held on the Friday night at sun down, and consists of eight grand melees. The victor from each grand melee gains entry into a single kill, single elimination semi final.

A fighter auction is usually held on the Sunday night of the event, with a fighter auction tournament (FAT) being held on the Monday. In recent years, the FAT has been renamed the Powerful Owl Tournament with the victor being crowned the Powerful Owl for a year. This name is an homage to the most recent site of the event, BP Park in Samson Valley, which has a sign near the entrance welcoming visitors to the home of the Powerful Owl. In the past, funds raised from this auction have been used to improve the event – for example, some funds from GNW X (2008) were used to add 60% more fire to the ring of fire in
GNW XI (2009). 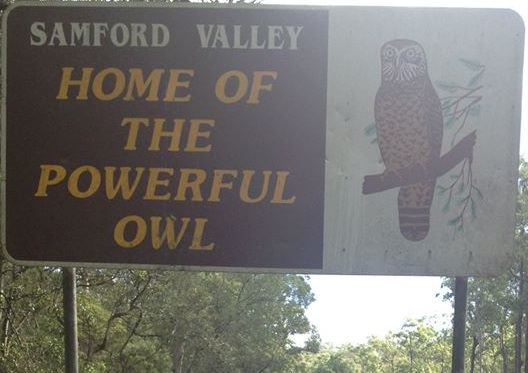 Flaming trebuchet’s are another drawcard of this event.

GNW V was held over the weekend of 1-3 August 2003 (AS38) at Allawah Scout Camp, Allawah Road, Chuwar, Queensland. The event was stewarded by Gabriel de Beaumont, St-Florian-de-la-riviere. That year, the war scenarios were modelled on recreating the Hundred Years Wars, with the sides being divided into the French and the English.

GNW X was held in June 2008 (AS43) at BP Park in Sampson Valley, Queensland. A novelty heavy tournament based on a game of chess between the Barons of River Haven and St-Florian-de-la-riviere was held. A jousting display was enjoyed by all, and an amusing swapping of costumes between Duke Draco de Euruic and Duchess Asa Beiskalda occurred.